Just a quick one: ReSharper 7 from JetBrains is now available in Early Access Program for Microsoft Visual Studio 11 beta. Go get some: http://blogs.jetbrains.com/dotnet/author/hhariri/

It seems TFS Express will include most of the core functionality you can find today with TFS 2010. This includes source code control, work item tracking, build automation and similar functionality that forms the basis of what we today call Application Lifecycle Management, or ALM.

Why is a free version of TFS important, you might ask. There’s several reasons that I feel the Express version will do better than it’s fully featured big brother.

Because it’s going to be free of charge, more companies will adopt TFS

This will, in turn, introduce small web shops and 1 man+dog-type of developers to a common platform. Even if they only adopt the plain old source code control, it’s still better than sending zipped solution files via email. “Did you get the latest version? I think it’s this zip file” – no more of this, thank you.

Installation of TFS Express will be simple

I consider myself fairly fluent with Microsoft infrastructure, having been a system administrator and technical architect for most of my life. Still, setting up TFS so that it behaves correctly and is fault-tolerant is not a trivial task. Going the traditional Setup-Next-Next-Finish approach seems to work for many companies but it’s far from ideal. And if something breaks, nobody really knows how to fix it.

We’ll see during beta if TFS Express delivers on the promise of a simple installation. So far, it’s looking good.

I can liberate my source code 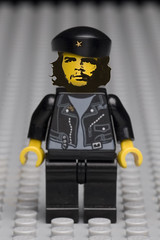 No, I’m not going all Che Guevara on you, but considering the following scenario:

I’m providing customized functionality on top of SharePoint for a company. They mostly go with OOB features but require a few customizations and UI changes here and there. The usual stuff. When they go live, you kind of hope that you, or whoever inherits your code, will pick up the one-point-oh –package and grow and cultivate the codebase from there. They’d have monthly releases, perhaps they’d track change requests through work items and establish a solid versioning strategy.

But it so often fails with the fact that the customer does not feel like setting up TFS. The licensing issues is one of the reasons. It seems TFS is always too costly. The upcoming TFS Service on Azure will partially remedy this.

Then there’s the issue on who will manage the repository and monitor TFS health. TFS Express will have to face these same issues with corporate IT, but at least the naming convention (“oh, Express – probably something small and simple”) will  lessen the resistance.

If I can now justify to the customer, that by setting up TFS Express they will have a practically free and proven platform to store their project files, it’s going to be a no-brainer. Say fond farewells to lawyers specializing in escrow schemes. Oh, and the customer also gets single sign-on to access TFS Express.

If you don’t have it, we’ll bring it 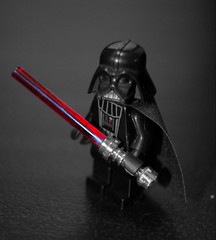 I’m seeing some larger ISV’s adding a requirement in their service offerings that TFS 2010 has to be deployed on customer site before they’ll start working. Most companies buying services from such ISV’s just go “huh?” and ask how much extra it will be if they buy a hosted TFS as part of the overall delivery project. They’ll eventually get for the low, low price of $1000/month for 2 team projects.

And then we end up using a hosted TFS in a different network, with authentication schemes dating back to 1990 and added bureaucracy even for the simplest of changes.

I’m hoping, and advising companies to set up TFS Express, if they don’t know any better. That way they’ll have their own procedures they can follow and still have freedom of choice to move somewhere else, if needed.

The downside, unfortunately, is that we’re most likely seeing lots of TFS Express installations, even if a project consists of only few lines of code.

You can upgrade from TFS Express to TFS Server. Or just buy more CALs if you exceed the 5 user artificial limit Express will have.

I surely hope it will be a smooth process, remembering those nasty issues with SQL Express.